Chronic pain conditions can be a debilitating part of everyday life. If you suffer from chronic pain, you know how hard even the simplest of tasks can be. For many people, every new treatment that comes along means more disappointment. For some, though, the spinal cord stimulator procedure is the answer they are looking for. Here’s what you should know about this device and procedure, and how it can help those in pain.

What is a spinal cord stimulator?

Spinal cord stimulator therapy is an exciting procedure that is becoming increasingly popular for the treatment of many causes of chronic back pain. This “pacemaker for pain” works by blocking pain signals from traveling up through the spinal cord to the brain.

Here’s how it works.

Your doctor implants a small device near your spinal cord in the epidural space. The implanted device near the area of pain produces a low voltage current, which creates a sensation that blocks the brain’s ability to sense the previously perceived pain. It interferes with the perception of pain received by the brain by creating another sensation that replaces the pain. This is typically a slight tingling feeling. These new sensations interfere with your perception of pain, especially chronic nerve and back pain.

You control the delivery of these low-level electrical impulses to the area. You can change the intensity of the stimulator and turn the system on and off as necessary to provide optimal pain relief. Most patients start with a test device that they wear for a temporary period before installing

How does a spinal cord stimulator work?

The perception of pain involves signals transmitted by the nerves throughout the body to the brain. Because this is an electrochemical process, it can be influenced by electricity. Typically, people think of electricity as causing pain; for example, when a person receives an electric shock from a wall outlet. In other cases, however, electricity can disrupt and reduce pain.

In the late 1960s, researchers discovered a technique for relieving pain using electrical pulses. Though intense electrical shocks can be painful, they found that less powerful pulses delivered to the nerves in a painful area decreased the perception of pain.

This finding was explained by the Gate Control Theory of Pain.

According to this theory, when there is a large amount of nerve stimulation coming from a part of the body, the brain “closes the gate,” which results in a substantial reduction in how much your brain perceives that stimulation. We use this principle unconsciously when we are hurt and touch or hold the area around the injury. The sensation of our touch can relieve the pain a small amount.

Non-painful electrical pulses are very effective at relieving pain this way. This technique is called neuromodulation or neurostimulation. It is especially useful for pain arising from nerve damage or inflammation.

How can a spinal cord stimulator help me?

Spinal cord stimulation is a procedure that can be highly effective for chronic pain conditions that have not responded well to other more conservative treatments.

A 2016 review of literature found that:

Spinal cord stimulation can reduce the level of pain as well as the amount of pain medication taken by patients.

Other reviews of spinal cord stimulation for peripheral neuropathy found that this reversible surgery provided good results in terms of pain relief and reduction of pain medication.

Earlier studies continue to be the jumping off point in recommending spinal cord stimulation for people with unresponsive chronic pain. The American Society of Interventional Pain Physicians developed a large evidence-based practice guideline for the management of chronic spinal pain with interventional techniques. The evidence for spinal cord stimulator in failed back surgery syndrome and complex regional pain syndrome is strong for short-term relief and moderate for long-term relief.

The key to success seems to be using spinal cord stimulation early on in treatment. One study found that while 75% of patients found relief when the leads were implanted within two years of developing back pain, the success rate dropped to just 15% after that.

For those people it does help, spinal cord stimulation is an innovative, life-changing treatment that can bring significant relief and improvement to their quality of life.

What can I expect during a spinal cord stimulator procedure?

This spinal cord stimulation procedure is completed under local anesthetic (possibly with minimal or “twilight” sedation) as an outpatient procedure. Even though it’s best to bring someone to drive you home, the whole procedure from start to finish usually takes about two hours.

Your doctor first numbs the area of the procedure. You may feel a slight pinch during the injection, but the procedure itself should be pain-free. Once you are comfortable, your doctor uses fluoroscopic guidance to place the trial SCS leads into the epidural space through a needle. The spinal stimulator lead is a soft, thin wire with electrical leads on its tip. You’ll typically wear the trial stimulator for five to seven days to see if this procedure is effective. For this trial period, you also wear generator (the battery pack) outside of your body.

If the trial successfully relieves your pain, your doctor will perform a second permanent surgery, this time implanting a more permanent generator through another incision. The generator is about the size of a book of matches and is only slightly visible.

Once the procedure is complete, you will also have a handheld remote that controls the amount of stimulation received through the leads. This gives you the ability to control whatever pain you are feeling.

Take the day off after your procedure to rest and recover. Keep the surgical site clean and dry, following your doctor’s postoperative instructions. If you feel minor pain, over-the-counter non-steroidal anti-inflammatory drugs (NSAIDs) can help. You can usually alleviate minor swelling with ice packs.

As expected with any minor surgical procedure, there is always a chance of side effects. In this particular procedure the risks are low; however, it is important to know them. Rare side effects may include:

Without proper aftercare, there is a chance that the surgical site could become infected. Bleeding; excessive redness, welling, or pain; and fever are all signs of infection. Talk to your doctor if you have any of these symptoms.

Other types of neurostimulation for pain management

Beginning in the 1960s, researchers found that delivering mild electrical pulses to the nervous system of a person in pain could replace some of that pain with a mild tingling sensation. This has led to the development of a spinal cord stimulator and other neurostimulation devices to manage pain. Neurostimulation is now available in several types of medical devices beyond spinal cord stimulators.

Further, because the pain signals for the body pass through the spinal cord, the stimulation produced by these devices is able to alleviate pain in many different body regions. Spinal cord stimulators are particularly effective for treating various types of nerve pain as well as pain that radiates from the spine into the arms, buttocks or legs. However, a number of new developments in neurostimulation devices have the potential to improve the pain relief that patients experience.

Most current neurostimulation devices target the spinal cord itself. This has the advantage of being able to cover large regions of the body. Certain body regions tend to be hard to get consistent and complete relief in. For example, treating pain in the feet may require more stimulation in the legs than would be desired.

Some of the latest research involves placing leads along a particular bundle of nerves right where they branch off from the spinal cord, called a dorsal root ganglion. Each of these bundles of nerves handles pain signals from a particular region of the body. By stimulating a specifically chosen dorsal root ganglion, it may be possible to focus the stimulation more precisely on the body region that needs it, including difficult to cover areas such as the hands and feet.

In addition to the different types of neurostimulation devices, there are other advancements in how healthcare professionals are designing them. Some of these advance the pain management available through neurostimulation, while others make it easier for daily use.

One of the trends in the development of neurostimulators is for devices to get smaller over time. One example of this trend is the Bioness Stimrouter that is currently undergoing testing in a clinical trial we are taking part in.

This is a peripheral nerve stimulator in which only a small six inch lead is implanted under the skin. The battery and pulse transmitter are not implanted, but are placed on the skin with an adhesive patch when the device is in use. Future neurostimulation devices may be even smaller. One neurostimulation device tested by researchers at Arizona State University is so small that it could be injected into the body via syringe.

One of the challenges in neurostimulation is that some patients’ pain is located in areas that are difficult to cover with a traditional spinal cord stimulator. For example, some types of lower back pain can be hard to cover. Some new neurostimulation devices attempt to address this problem.

Other devices target a different part of the nerves, such as the dorsal root ganglion, rather than the dorsal column typically targeted by spinal cord stimulators. This may also help with pain in areas that are harder to cover.

Though the stimulation delivered by neurostimulation devices is calibrated so that it is not painful, at certain times or for certain people, this stimulation may seem unpleasant. As discussed, new devices are being developed that can potentially avoid this problem by delivering stimulation at higher frequencies or in rapid bursts.

These types of stimulation are still capable of disrupting pain, but the stimulation itself is not even felt by the patient.

If you’re suffering from Chronic Pain contact us today to see what Regen Doctors can do for you. 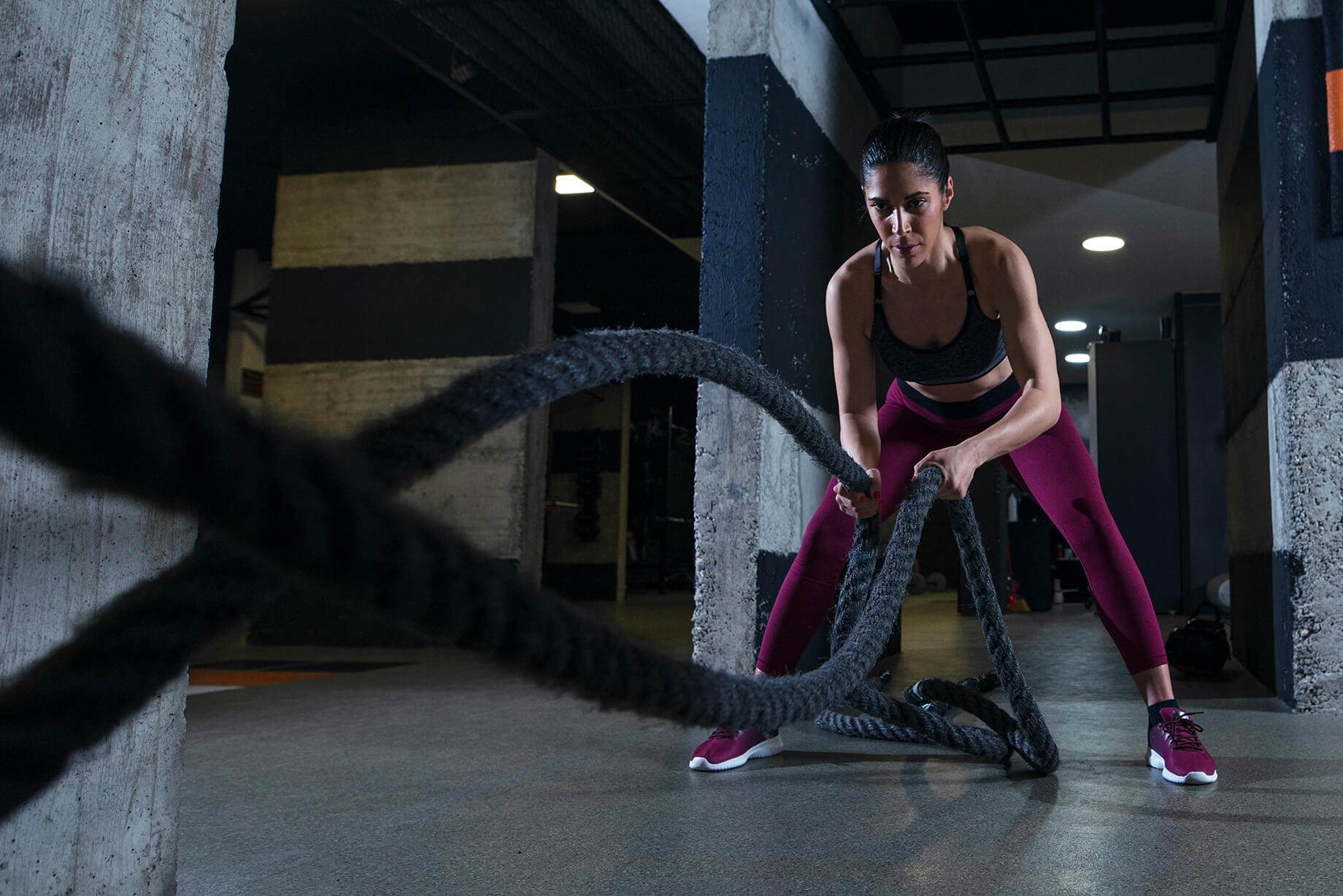